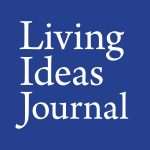 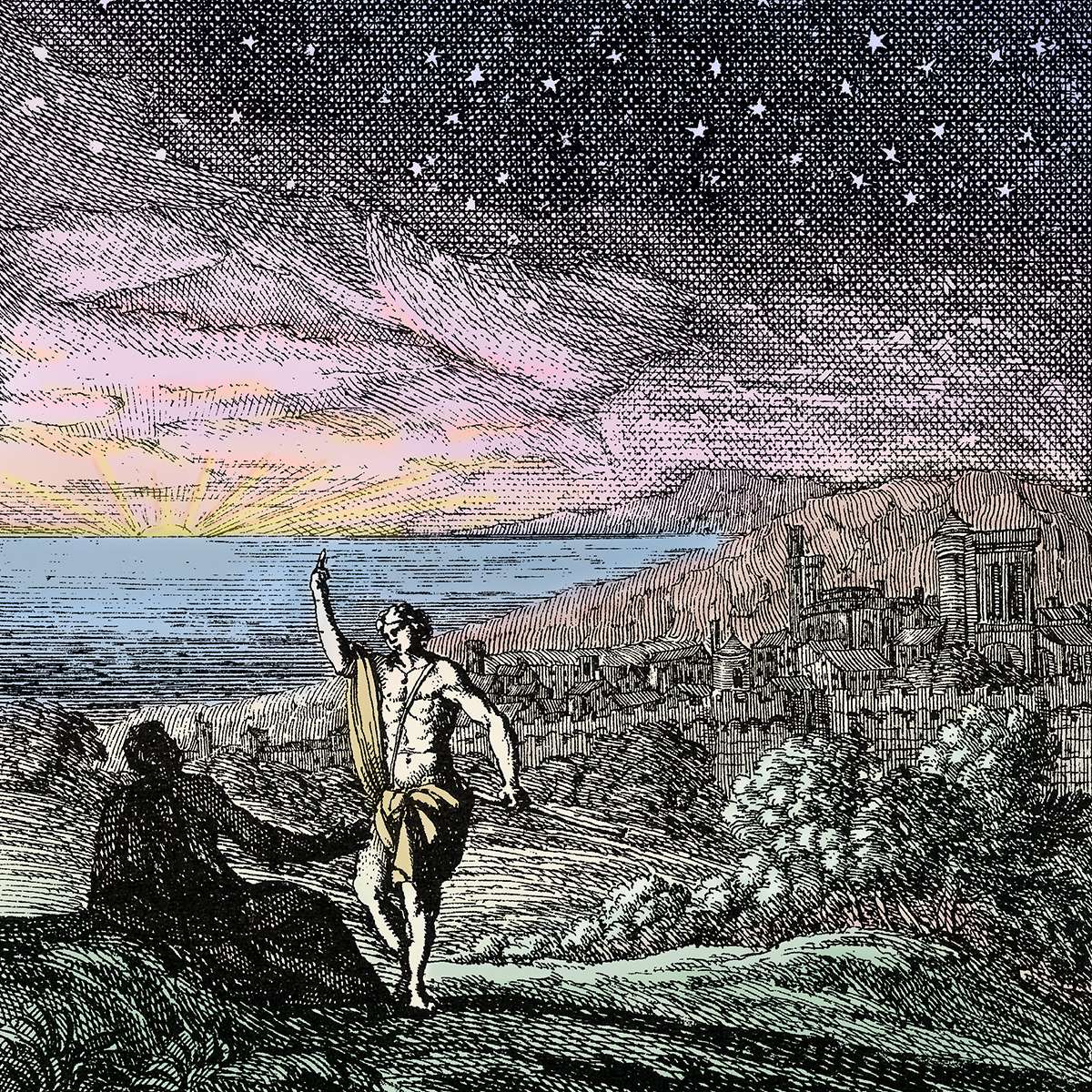 Living ideas matter more today than ever because they are the opposite of dead information. Living ideas deepen our experience, convey insight, and can transform the greater world. Without living ideas to illuminate it, there is a real danger that human life would become meaningless.

What makes an idea living?

As opposed to dead facts or information, living ideas have the power to transform both human beings and the world in which we live.

As the writer John Naisbitt put it in his 1982 book Megatrends, “We are drowning in a sea of information but starved for knowledge.”

Later, the famous Harvard biologist E. O. Wilson expanded on this idea. In his 1998 book Consilience, he noted, “In the twenty-first century the world will not be run by those who possess more information alone.” Soon, he predicted, information

will be available everywhere on television and computer screens. What then? The answer is clear: synthesis. We are drowning in information, while starving for wisdom. The world henceforth will be run by synthesizers, people able to put together the right information at the right time, think critically about it, and make important choices wisely.

Living Ideas as Conveyors of Insight

Living ideas help us to see more deeply. There is a profound difference between just looking at something and seeing it deeply. And with real, living ideas, we are led to see the world in deeper ways.

These are not idle speculations but a reality reflected in the deep structure of language itself. Significantly, the words idea, wisdom, and vision all originated from a common Indo-European root, weid-, which means “to see.” This root also gave birth to words meaning to know. In the end, we might say that being able to see deeply is a kind of wisdom or knowledge itself. 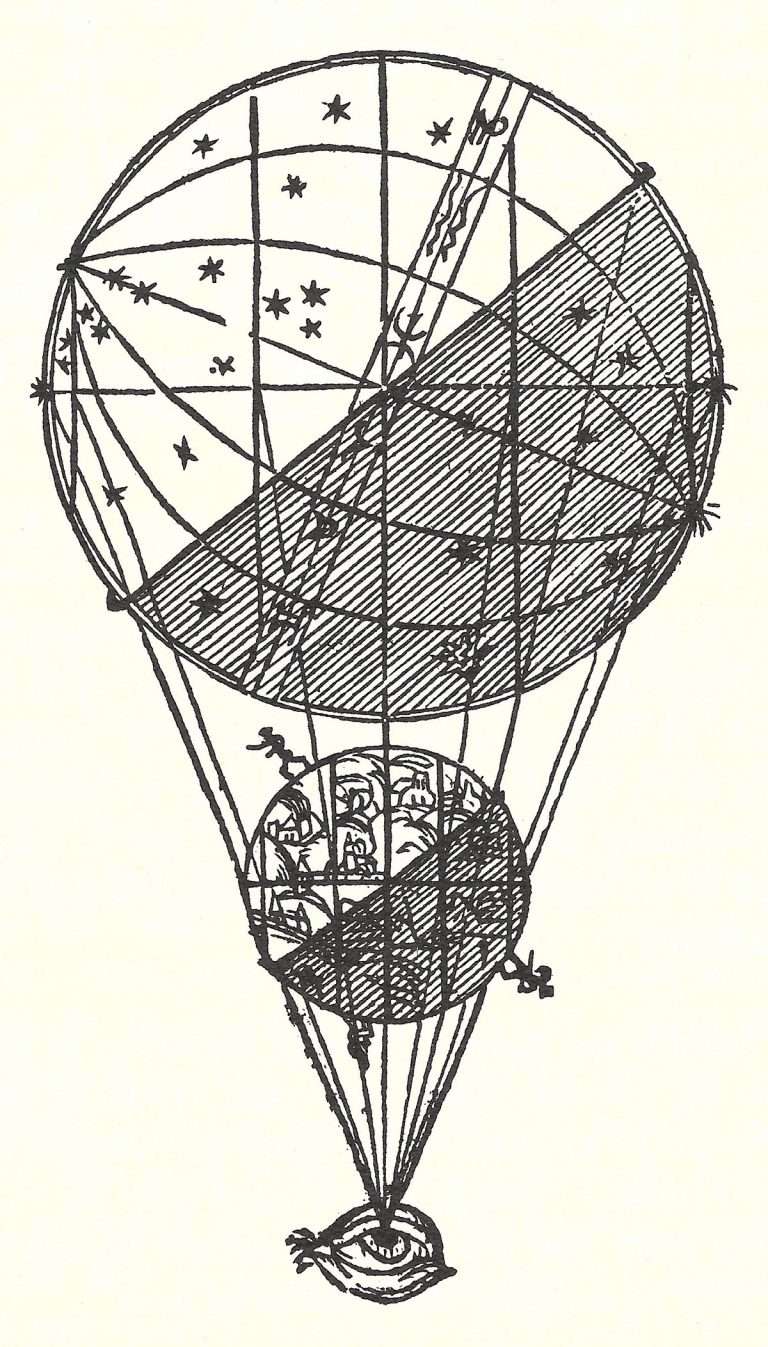 Figure 1. Ideas help us to see deeply: The words idea, wisdom, and vision all come from a common root that means both “to see” and ”to know.”

One place where we can find living ideas is in the humanities, which used to be a resource for deepening life and elevating human character. But that meaning of the humanities has been largely lost.

Another source of living ideas is philosophy, and someone who had much to say about “great ideas” was Mortimer J. Adler (1902–2001). A public philosopher and a passionate educational reformer, Adler was also a prolific author. He wrote around fifty books.

Adler was the co-founder of The Great Books of the Western World series (published in cooperation with Encyclopedia Britannica), and he was behind many other initiatives. His work, for example, helped to inspire the formation of the Aspen Institute. He believed ideas belonged to everyone and wrote easy-to-understand philosophical works for general readers. He saw philosophy as a public enterprise and his mantra was that “philosophy is everybody’s business.”

One of Adler’s books, which is still worthy of attention today, is Six Great Ideas. The first three ideas he covers are Truth, Goodness, and Beauty (ideas we judge by), while the second three—Liberty, Equality, and Justice—are ideas we act on.

Obviously, while these six living ideas can be transformational in a single person’s life, they have been profoundly important social values for centuries.

Earlier in his life, Adler had written a guide to 102 essential ideas, reissued in a revised edition in 1992: The Great Ideas: A Lexicon of Western Thought.

In addition to the humanities and philosophy, other fertile resources for living ideas include art, literature, architecture, and psychology. These domains can help us to appreciate human nature more deeply.

Understanding the Dangers of Hyperspecialization

The answer, I think, is simple: We’re drowning in information because of the ever-increasing trend toward specialization. And while specialization can have very positive benefits (like technical expertise and life-saving medicines), it’s also a source of genuine concern. As a funny saying puts it, “A specialist is one who knows more and more about less and less until he knows everything about nothing.”

Put another way, overspecialization leads to such minuscule “data points” that we often do arrive at “nothing”—or meaningless information.

As my friend David McConville once noted in a talk, “The radical fragmentation of knowledge is making it difficult to understand any kind of big picture.”

In other words, our approach to knowledge and the world has become increasingly one-sided, hyperspecialized, and utilitarian over time: raw information, today, proudly trumps living wisdom.

While specialization is not always harmful, we must remember that real human knowledge is both analytic and synthetic. Through analysis, we “take things apart” intellectually. But through synthesis, we “put things together” to create a meaningful worldview—a meaningful vision of life.

In the end, arriving at a meaningful worldview and meaningful vision of life implies that we’ve come into contact with living ideas—and not just dead information, which dulls our relationship with the living world of which we’re a part.

Learning from the Renaissance: How Ideas Can Transform the World

Interestingly, “the humanities” were only invented during the Italian Renaissance.

The humanities and the Renaissance are two fabulous examples of living ideas made real, and this concluding section offers a case history of how ideas can transform the world.

The Italian Renaissance culminated in the 1400s and beyond. But the earlier work of Francesco Petrarch in the 1300s set the entire Renaissance movement in motion, including the birth of the humanities. 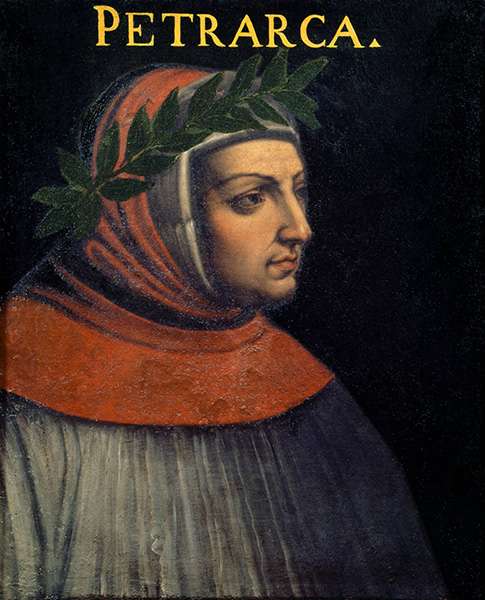 Figure 2. Francesco Petrarch. As the first poet laureate in a thousand years, Petrarch was usually shown wearing a laurel crown. While this might seem a bit silly to readers today, it certainly wasn’t in Petrarch’s time. When he received the laurel crown, Petrarch became the most famous intellectual figure in the whole of Europe.

To say the least, Petrarch (1304–74) lived in a challenging time. Italy was not a unified country but a collection of warring city-states. Long-distance travel was sometimes dangerous, requiring armed escorts. In Petrarch’s view, the Catholic church, the legal tradition, and higher education had all become corrupt. And then there was the Black Death, too, which killed off 60 percent or more of the population of Florence during Petrarch’s lifetime.

Not surprisingly, Petrarch was not entirely happy about the time in which he lived. His greatest love was the study of classical literature, especially the writings of the philosophers Cicero and Seneca and the poet Virgil.

These studies and the unhappy state of his time, characterized by widespread political tyranny, led Petrarch to reach a surprising but inspired conclusion.

To begin with, Petrarch was the first person to realize that the time in which he lived was radically different from the golden age of Rome, which produced great literature and more virtuous leaders. This led Petrarch to invent the idea of “the Dark Ages” to describe the vast cultural decline, which Petrarch saw all around him, separating his own time from ancient Rome.

Second, while Petrarch saw himself as living in the Dark Ages, he believed the light of civilization could be restored. He then concluded that the only way to transform the sad state of his world, and to create more virtuous leaders, was to recover the lost knowledge of the ancient world. This recovery of ancient wisdom included those studies that could result in a more humane society and, ultimately, in more excellent leaders.

In one stroke, Petrarch’s thinking gave birth to two living ideas: first to “the Renaissance”—the rebirth of classical knowledge and values—and second to “the humanities.” This new branch of learning, the studia humanitatis, reflected Petrarch’s own studies and beliefs, and it was designed to encourage the development of more humane individuals.

In other words, Petrarch’s studies and his personal mindset gave birth to humanism, of which the Italian Renaissance was an outgrowth. As Renaissance scholar Kenneth Bartlett once described it:

The crucial difference between the humanities today and in the Renaissance involves the ultimate purpose of the humanities—a pivotal idea that has been largely lost in modern thought.

That is a living idea if there ever was one, and it was incredibly successful when applied by Petrarch’s followers.

While it took time, the ideas of the humanists—financed by the wealth of Florence’s mercantile class—gave birth to the Renaissance: the greatest cultural transformation in the history of the Western world 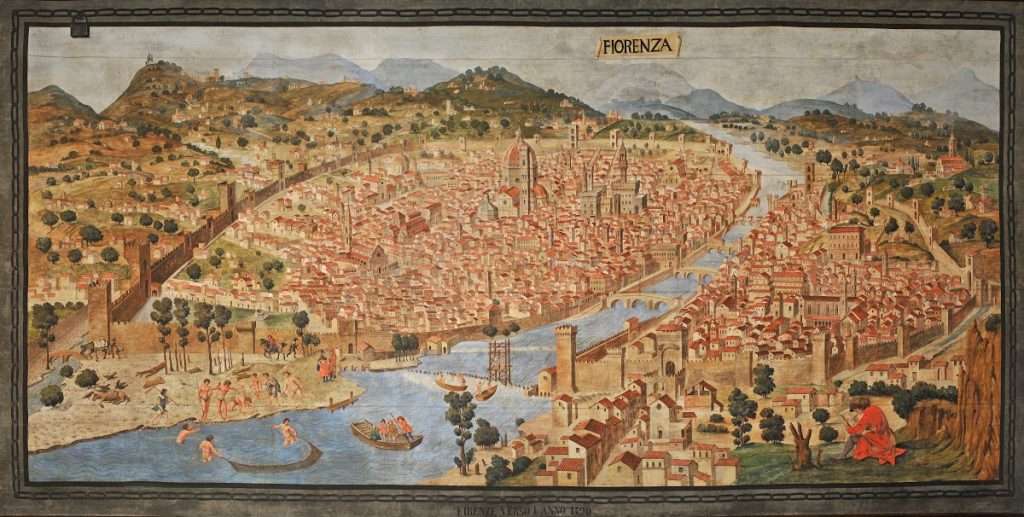 Figure 3. Florence in the 1500s: not much different from today.

With their recovery of ancient knowledge, lost manuscripts, and the secrets of ancient art and architecture, the Renaissance humanists transformed Florence into the most important intellectual and cultural center in all of Europe—a “New Athens” on the River Arno.

Ultimately, all of this resulted from living ideas made real in the day-to-day fabric of Florentine life.

While Petrarch could not fully anticipate the ultimate impact of his work, it’s a remarkable case history of how living ideas can transform the world.

Even though Petrarch saw himself living in a Dark Age, his work planted a seed of rebirth. Given time, that seed blossomed, resulting in a great cultural renewal. Within two generations after his death, it was common for the learned writers of Florence to see themselves living in a transformed time, a new historical era—a new world, very different from the Middle Ages. They described their time as new “golden age,” while we call it the Renaissance.

But the Renaissance goal was not just to recover all the lost knowledge of the ancient world: it was to apply it and even surpass it.

In the words of one Renaissance writer: “May I say it without offending you, O men of ancient times: the Golden Age is inferior to the time in which we now live.”

David Fideler is a writer, philosopher, and the editor of the Living Ideas Journal. He’s also the founder of the Renaissance Program and an advisor to the Plato’s Academy Centre in Athens.

Dr. Fideler’s last book, on the Roman philosopher Seneca, was reviewed by the New York Times, selected as one of the best nonfiction books of the year by the editors at Amazon, and is being published in sixteen languages. 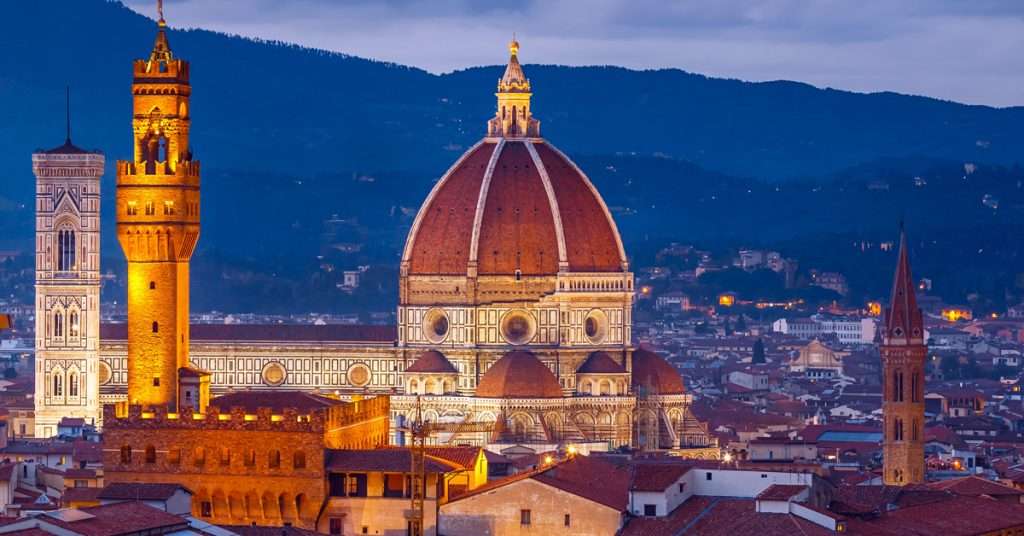 Learn how the humanities can contribute to the world today.

Receive our monthly newsletter to learn about new articles, online courses, and in-person seminars and workshops held in Italy and other countries. 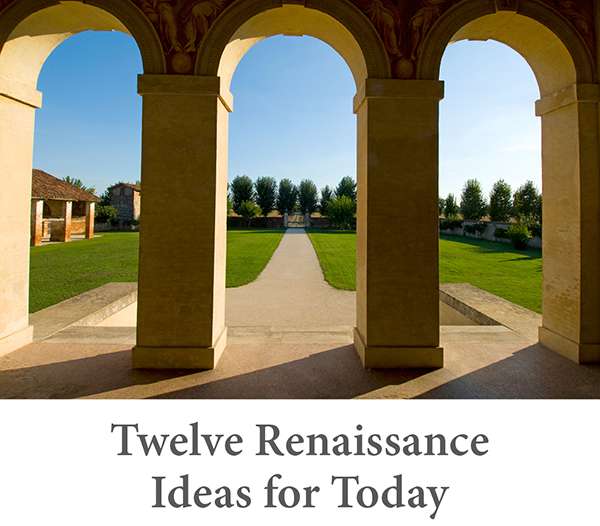